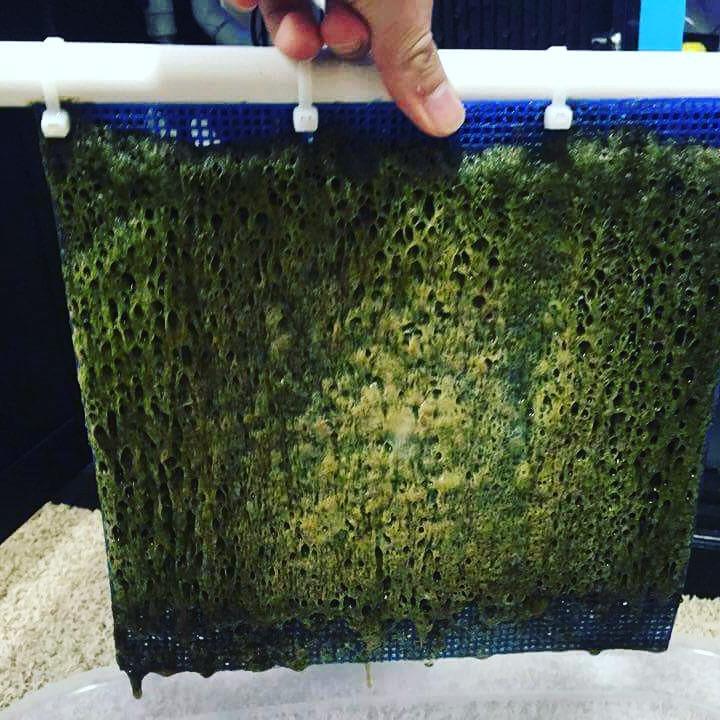 As a retail seller of aquarium supplies, we always stay up on the latest developments in the industry. There is one such development has been getting a lot of mention on forums, but not a lot of mention from manufacturers. That development is called the algae turf scrubber. I have seen them in action and have become a believer in them. As a seller, I had to come to terms that this breakthrough has the ability to replace a large amount of equipment that I stock in my store, but I must advocate the truth and what works for my customers.

This development is a game changer folks. So now that I have hyped it up a bit, let me explain what exactly an Algae Turf Scrubber is.

What is an Algae Turf Scrubber (ATS)?

An Algae Turf Scrubber is a filtration device which uses light to grow algae. Okay so that sounds odd – why would you want to grow algae right? It’s unsightly in the tank and a pain to remove from the tank after all. Well, the thing is algae can remove all sorts of nasties in your tank – Ammonia, Nitrite, Nitrates, Phosphates, etc. They even act as chemical filtration and remove chemicals like copper from your tank! The problem is it looks ugly in your display tank.

An algae scrubber purposely grows algae in your tank in a concentrated area so that it can do filtration for you. In fact, it has the ability to eliminate algae in your display tank since the area you grow your algae in will be so much more attractive for algae to thrive.

How does an Algae Scrubber work?

When Algae turf scrubbers were first around most of the hobby world who adopted them utilized Dr. Walter Adey’s dump tray style scrubber. The design relied primarily on the growth of red turf algae. This dump tray model had several drawbacks though. It was massive taking a large amount of space. The dump trays would swing back and forth and were noisy. Many of these models were not operated correctly, which lead to some of the negative feedback you may likely hear from forum, stores, or other hobbyists.

After around 2008, a new bred of algae turf scrubbers were released. These models used a fixed screen that hangs on a waterfall style water pipe and is illuminated by lights. These waterfall models excel at growing green hair algae and have a much smaller foot print then the dump tray models. This green hair algae is far superior to the red algae as it grows faster and has better nutrient export than the red algae grown in the dump tray models.

These waterfall models have become very popular on hobbyist forums and there are multiple DIY applications for them along with success stories of hobbyist who have used them. Many of these diy algae turf scrubber setups are so successful that they no longer use expensive equipment like protein skimmers, media reactors, bio-pellets, etc. They also reported incredible pod growth. The algae turf scrubbers would grow millions of baby pods, enough to feed Mandarin Gobies.

These DIY models were wonderful. They were cheap to build, they produced great results, but something was missing. It was only available to DIYers! Not everyone in the hobby is a DIYer and the scrubber technology was patented for years so not a lot of ready made products were available – until recently.

The Birth of The Ready Made Algae Turf Scrubber for Sale

With the patent expiring on the algae scrubber, products are now available to hobbyist for purchase. They are hard to find, but we have fortunately been working with a domestic manufacturer and have a Algae Turf Scrubber for sale. This unit from IceCap is one of the more affordable manufactured units on the market.

I looked long and hard to find the right manufacturer who was developing a top notch waterfall style scrubber. The big difference between a DIY scrubber and a ready made scrubber is the fact that the ready made scrubbers are enclosed. They are made of top quality acrylic and PVC. They easily connect with a pump and can be installed in sump. The lighting powered by IP66 waterproof white light LEDs and adjustable spray bars for quiet operation.

These scrubbers growth incredibility rich green algae that should be cleaned out every 7 days. You can see examples of the harvest from these scrubbers below. We were blown away from the algae these models were producing!

What do I do if I Already Have a Tank and Skimmer? Do I need an Algae Turf Scrubber?

Algae turf scrubbers are actually superior to a protein skimmer because they do so much more. If you have a skimmer, I would recommend running both until you have pulled at least three full harvests of green algae from the algae turf scrubber. After that, try running the tank without the skimmer and monitor the results. As long as you are keeping up with the maintenance of the scrubber and regularly cleaning it, you will begin noticing that the tank is operating ideally without the skimmer.

Eventually, you can make the decision to remove the skimmer completely or just run both. Running both is not necessary, but hobbyist like to run it as a back-up. You will always pull with the skimmer using a scrubber, but that is because the skimmer and scrubber pull nutrients at different stages.

A skimmer takes organics out of the water BEFORE they have time to break down into nitrates. They also remove some beneficial things such as coral food. They are plug and play, and very reliable, but they will not capture ALL of the nutrients.

Algae Turf Scrubbers on the other hand remove nutrients AFTER they have already broken down. This ensures that all the little coral food particles float around in the water column so your corals get maximum exposure time to food. When you are ready to remove your skimmer – go sell it off and get what you really want- Corals and Fish!

Why Don’t I Just Make A DIY Algae Scrubber?

Because of the fact that Algae Turf Scrubbers were mostly available to DIYers, they were not plug and play, took time to grow and dial in, and research was required to get the right amount of light and flow was needed to be successful. With a production model like ours, the vetting has been done and these models are just as plug and play as any protein skimmer. By purchasing a proven model, you ensure maximum success for your reef tank and avoid the frustration of having tweak your DIY to make sure it was done right.

How Come I Have Never Heard Of Algae Scrubbers Before?

For one thing, there was a patent on the design so there was not a lot of retail products out there. The second factor is more about our hobby. If you are brand manufacturer, you are heavily invested in equipment like protein skimmers which sell for a lot of money. These scrubbers have the ability to make skimmers obsolete so there is natural hesitation to adopt. The third factor is from retailers. We have a lot of inventory invested in equipment that we sell to customers.

This is something I struggled with when looking at scrubbers, but after working with my manufacturer and seeing the results myself I feel that I have an obligation to the hobby to promote the scrubber and bring it to market. I have always run my store with the motto “We seek to simplify the hobby so the beginner can thrive.” The Algae Turf Scrubber IS simplification at its finest.  It’s natural, simple, cheaper, and this innovation should be available to all hobbyists – not just DIYers.

If you already have a tank, I ask you to try these Algae Turf Scrubbers out. If you are new to the hobby, we encourage you setup your tank with a algae scrubber from the start and starting it up after the tank’s cycle and initial algae boom. These models do not take a lot of space and will save you money. I promise you will not be disappointed. 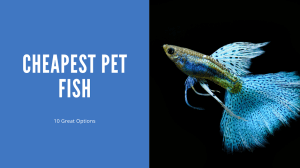 What Is The Cheapest Pet Fish? (10 Great Choices)

Are you looking for an affordable pet fish to add to your aquarium? Getting started in the aquarium hobby doesn't have to cost a small fortune, so in this article, I'll be covering 10 cheapest pet fish that you can keep without breaking the bank.
View full article → 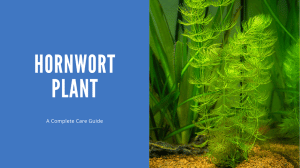 Hornwort is one of those few plants that can give you complete freedom to design your aquarium and at the same time the ability to use it to oxygenate the water and provide shelter to your fish. The growth rate of this easy plant is fast and growing it as a beginner is simple and smooth.
View full article → 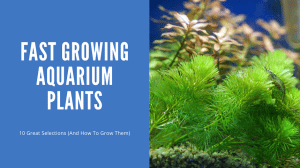 Fast-growing plants sometimes appeal more to aquarists than those plants that take time to grow. The reason is apparent: some aquarists find it challenging to wait and see their aquatic plants grow big and make their aquariums aesthetic.
View full article →

Sign up to get the latest on sales, new releases and more…
347 shares