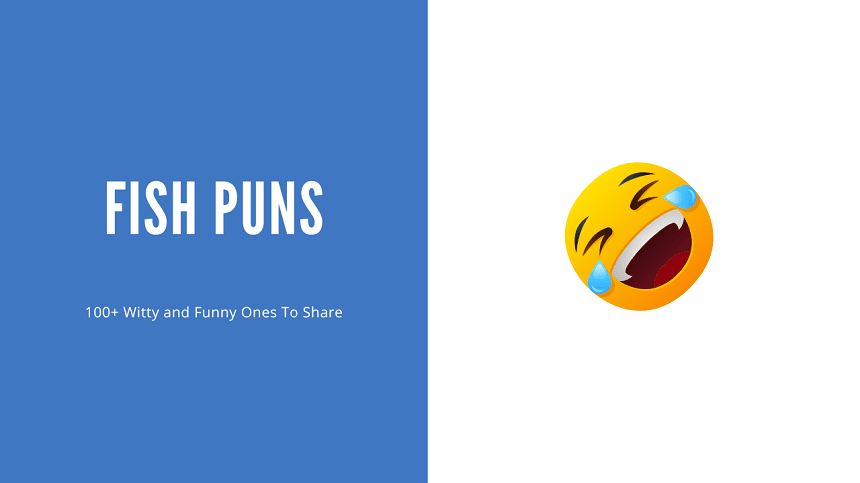 Whale hello fellow fish lover! We’re taking a quick break from our usual informative content to lighten things up and put a smile on your dial. That’s right, this post is all about having fun.

If some of the writing in this post seems a little fishy, well, gill-ty as charged! I’ve surfed the net to find the world’s best fish puns and fish jokes, no clickbait, promise!

Let’s get started with a hilarious list of fish puns that you can use with your fish-keeping friends. We’ve got a carp-load of puns for you (carp is a fish, duh!).

Let me take this oppor-tuna-ty to warn you though, that some of these puns are a little fishy. The fun doesn’t stop there though, if you make it through this list of clever fish puns, there are a ton more funny fish jokes to enjoy.

Get ready for some funny fish puns!

If you think that was too many fish puns, we’re only just getting started! Sure, some of those fish puns were below sea level, but these fin-tastic fish-pun-filled jokes are sure to get you smiling!

All good aquarists take pride in keeping their fish happy and healthy. Let’s take a look at the light side of the hobby with these funny fish jokes.

Fish And The Law

It’s o-fish-all, these are the best fishy law jokes on the net!

Are you hooked on fish puns? Fish can be smarter than they look. Polyp a chair, because these jokes are all about fish education. You’re about to be schooled!

Whale whale whale, I sea you’re still with us! It’s fun to think about fish as if they were people, isn’t it? This next collection of fishy jokes is sure to make you laugh out loud, so keep clam and read on.

Holy carp, the only thing more shocking than those jokes is an electric eel. But wait, there’s more. Check out these fishy jokes about fish and money!

We all know fish need a healthy balanced diet. But do you know what your fish’s favorite food is? Let’s hear what the fish say!

Best Of The Rest

Wow, these fish jokes are really Kraken me up! Here are a bunch more funny fish jokes that you can share with your friends.

Do you have your own fish puns? Let minnow in the comments below! 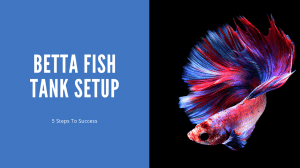 Are you putting together your first betta fish tank? With so much conflicting information out there, it can be tough to know where to start! Don't worry, we've got you covered. This article will teach you everything you need to know about setting up the perfect tank for your betta.
View full article → 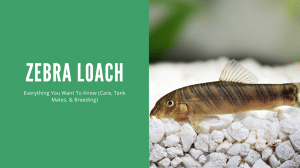 Zebra loaches are stunningly bright, super social, and an excellent fish to take into community aquariums. Unlike Clown Loaches that grow much larger and with time go dull, they remain the same in coloration. They are small and don't require much work to establish a healthy lifestyle. But there are a few things you shouldn't miss out on learning.
View full article → 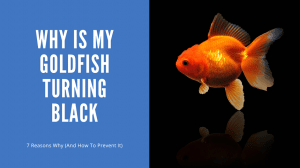 Goldfish are meant to be gold. They should never start turning black or developing black patches across their body or fins. A goldfish that is turning black is not a good sign. So why is my goldfish turning black? Either there is a problem with water quality or the fish is being affected by disease or illness.
View full article →