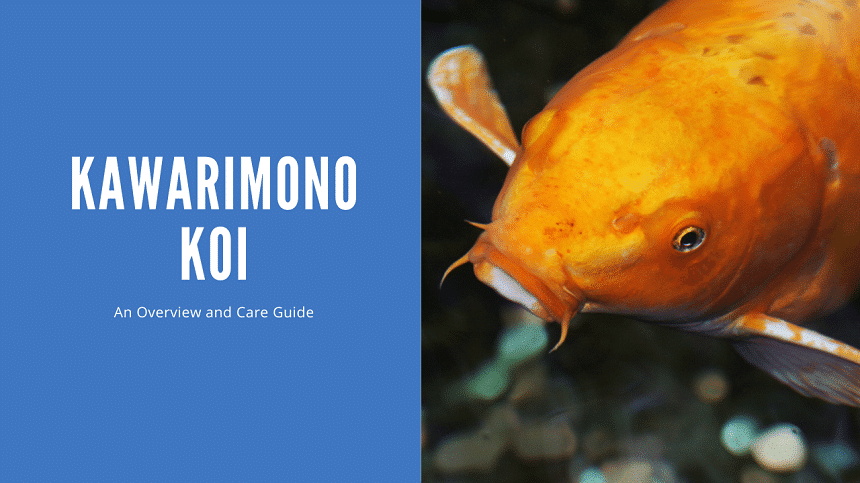 Kawarimono Koi are a misfit class that does not conform to the ideal judging criteria of the Koi world, i.e., they are non-metallic koi that add their own uniqueness and grace to many garden ponds.

A Quick Overview On Kawarimono Koi

Therefore, Kawarimono, being the absolute darling, still doesn’t fall under the fifteen other varieties of Koi.

However, regardless of their peculiar features, they are produced in small numbers. Hence, rare.

A scaleless Koi that displays rich black and white colors.

Kumonryu is by far the most prominent Koi of all black Koi varieties which gained prominence in the 1980s. The name Kumonryu means dragon of the nine markings, which is derived from a legend of Dragon Ryu. Ryu was considered a Koi that transformed into a cloud and raced through the sky.

Kumonryu is named after dragons because their bodies are evocative of the metallic coiled bodies of dragons as portrayed in historical arts.

Kumonryu Koi are always scaleless (Doitsu) where the black surface is covered with white markings over the head, fins, and body. Some experts claim such details are reminiscent of the Killer whale pattern. The patterns of Kumonryu vary — from large to wavy-edged chunks of white spread along the flanks and head of the body.

However, the Kumonryu Koi is mainly Doitsu Matsukawabake, meaning that their pattern fluctuates seasonally, depending on the quality and water temperature, forming a black net pattern.

The class of Koi, though majorly scaleless, showcases a group with singles lines of considerable lateral and dorsal scales. However, that’s rare.

Beni Kumonryu is scaleless Koi with a red pattern over a white and black body.

However, these variants are not always scaleless, rather show a single line of large scales on the lateral and dorsal sides.

Like its counterparts, Matsukawabakke changes colors frequently during its course of life. Matsukawabakke, in some seasons, can turn totally white or black. However, they exhibit cloudy black patterns in the transition period.

The literal meaning of Karasu is ‘crow’ in Japanese.

Karasu is an ancient variety of Koi that showcases black fins and body with a white or orange stomach. However, at times, Karasu shows traces of blue instead of black.

Hajiro is a close relative of Karasu with a white nose and white-tipped pectoral fins that add uniqueness to the pool.

Hageshiro is very similar to Hajiro with a little addition of white on the head.

The word Chagoi is derived from a Japanese word, meaning tea, depicting the true color of this breed.

Chagoi is naturally peaceful that appreciates hand feeding and generous interaction with their owners.

However, to determine the best quality Chagoi, one should look out for the paler variants that are blemish-free, and free of spotting, fading, or blurring. Here is a great video by Dazzle Koi that goes in detail on this great breed.

Soragoi is just like common carp, so they are unpopular when it comes to domesticating Koi fish.

Soragoi displays plain blue-gray color and can reach over 30 inches in length. Soragoi is usually very docile and calm and may have a calming effect in your garden ponds.

Ochiba Shigure is a cross-bred of the brown-colored Chagoi with the grey-blue Soragoi.

Together they form a bi-colored pattern, Ochiba Shigure.

Shiro Muji is an all-white Koi that is a result of successful Kohaku spawning. However, in Shiro Muji, the hi is completely absent.

The Shiro Muji is often discarded or thrown into the bargain bin. Nevertheless, the fittest ones are stored and raised into quality Koi.

One of the rarest kind of Shiro Muji is Albinos. They have red eyes, red dorsal fins and tails.

Kigoi or lemon Koi are the non-metallic variants of Koi of yellow or pale orange color. They are flat-shaped and matte-colored with a few exceptions of brighter and metallic skin.

The rarest type of Kigoi is Akame Kigoi, which has red eyes and extremely prized. They have also proven to grow immensely.

The variety that exhibits the color green is called Midorigoi. Surprisingly, it’s the only family that shows this color.

Midorigoi are translucent green Doitsu Koi that has black or silver mirror scales.

Formerly, they emerged from a cross between Shusui and a Yamabuki Ogon in the 1960s as a scaleless breed. However, presently, they are sold as the scaled variants of Koi.

Magoi has deep bronze scales. However, regardless the color, the Koi seems black from above.

The Magoi is not considered a true breed by some experts. Nevertheless, the legacy of keeping the fish continues.

The matt-scaled non-metallic Matsuba Koi falls in the Kawariumono variety, which are considered rare and pricey.

How to Choose a high-quality Kawarimono Koi

The Kawarimono is not just a type, it’s a whole different variety with various other types of unusual yet stunning Koi fish.

Therefore, the judging criteria for Kawarimono is just the same with any other Koi fish.

The best quality Kawarimono should be deep and solid with a healthy, lustrous body. Also, there should be no signs of spotting, blurring, or fading. If any of these signs appear, the fish is of inferior quality and usually discarded.

Furthermore, the distribution of hues and patterns should be consistent all across the entire body. If you are looking to purchase a Koi online, look for a what you see is what you get (WYSIWYG) vendor. NextDayKoi is a great place to get quality Koi at reasonable prices.

The Most Friendly Koi

A non metallic Koi fish. Features the Chagoi Koi - known as the most friendly Koi in the Pond trade

Kawarimono is a broad classification of Koi fish that feature non-metallic bodies with a slight sheen on their skin.

What are the friendliest Koi?

Though Koi are considered quite friendly and peaceful pets. However, there’s a classification in Kawarimono that beats all other Koi when it comes to friendliness. And that’s the Chagoi Koi.

What is Magoi Koi?

Magoi Koi is the original authentic Japanese Carp introduced in Japan in late 1700s. Magoi Koi is not considered a true breed by some experts. However, they still managed to make their mark. It has deep bronze scales that appear black from above.

Kawarimono, what’s usually considered as left overs or discarded fish are one of a kind with a broad classification of various unconventional yet beautiful fish that are bred all across the world. 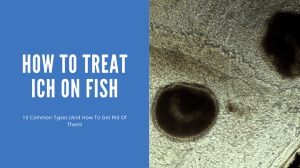 How To Treat Ich On Fish - 6 Prevention Tips and 1 Go To Cure!

Have you noticed white spots all over your aquarium fish? This is a symptom of ich, and you're going to need to treat it soon. The good news is that you can solve this problem with the right knowledge and medications, and that's just what this article is about!
View full article → 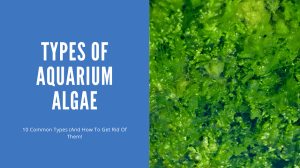 10 Types Of Aquarium Algae (And How To Get Rid Of Them!)

Do you have algae in your fish tank? This is a problem that all aquarists deal with from time to time. In fact, algae are present in all aquariums to some extent. It can get a little out of control sometimes, but fortunately, there are ways to get your tank cleaned up and looking great again.
View full article → 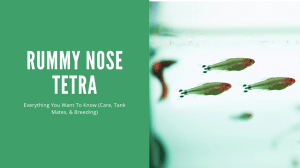 Rummy Nose Tetra - Everything you wanted to know

The Rummy nose tetra is a beautiful freshwater fish that is easy to keep, breed, and care for. The common name for Rummy nose tetra in the aquarium world is brilliant rummy nose tetra, red nose tetra, and Firehead tetra. It has bright red heads with horizontal stripes of black and white tail, resembling the fire flames. In this article, we are going to cover everything about Rummy nose tetra.
View full article →

How To Treat Ich On Fish - 6 Prevention Tips and 1 Go To Cure! 10 Types Of Aquarium Algae (And How To Get Rid Of Them!) Rummy Nose Tetra - Everything you wanted to know Betta Fish Laying On Bottom Of Tank -12 Reasons Why (And How To Fix It!) 12 Of The Easiest Fish To Take Care Of 8 Types of Oscar Fish (with Pictures!) Swordtail Fish Care - A Complete Guide Betta Sorority (The Good, The Bad, & The Ugly) Betta Tank Mates - 15 Best (And 4 To Avoid!) Why is my betta fish not eating - 5 Reasons Why (And What To Look For)