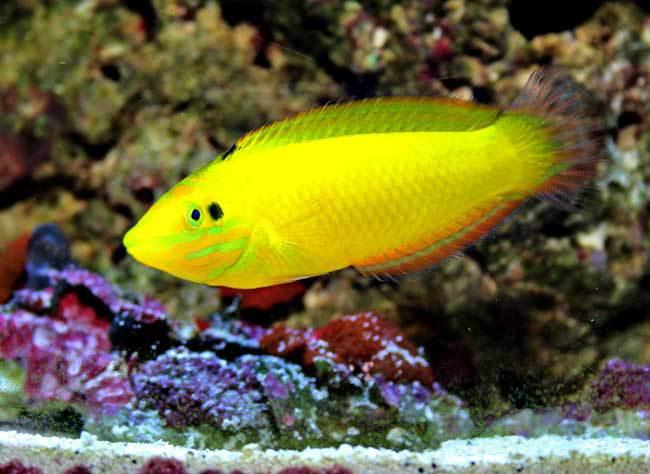 Today’s post we are going to talk about the Yellow Coris Wrasse. This Wrasse is a workhorse in the aquarium. It is a great choice for a saltwater reef tank because it preys on many types of pests that can infest your corals. It is super active and full of personality. It’s one of my favorite yellow fish that is available in stores.

About the Yellow Coris Wrasse

The Yellow Coris Wrasse is known to the aquatic community under various names: golden rainbowfish, golden wrasse, yellow coris, and canary are several names that you will see. Its scientific name is Halichoeres chrysus and it hails from the Pacific Ocean to the edges of the eastern Indian Ocean. In the wild, they can be found in areas around 60 to 200 feet deep.They are known for grouping together in all stages of life and young wrasses and be identified with the one or two spots they have on their dorsal fin.

Yellow Coris Wrasse in the Aquarium

The Yellow Coris Wrasse is best known for its ability to eat a number of nuisance pests in the aquarium. Really they well eat just about any pest in the aquarium except for aiptasia.

They will eat nearly any type of meaty food offered to them and do not get too large with the max size usually being around 5″. They are one of the more docile wrasses in the Halichoeres genus and are model citizens in your tank. They are not aggressive towards other fish nor are they particularly territorial. They do prefer a sandy substrate as they are known for burying themselves1. Keep this in mind if you are thinking about a bare-bottom setup. They are a fairly hardy fish and a good choice for a beginner.

This makes the fish hardier, drama free, and easier to care for then usual wrasses you will fine. Whenever a tank raised variety is available I always recommend the tank raised fish over the older wild caught one. Technology is rapidly advancing. There could be a day where we see the first tank bred wrasses. It is very difficult to do right now with current technology and research.

The main issue with these fish are their tendency to jump out of the tank when stressed. It it recommended that you cover your tank with a mesh screen  to prevent any accidental fatalities.

Because of the peaceful nature of the Yellow Coris Wrasse, they get along with nearly all saltwater fish. There are two main things two watch out for. The first, is because the wrasse is so active, they will bother slower moving and timid fish. Larger predatory fish will also try to eat them. Knowing this, here are a few good choices and others to avoid:

Fish That Work Will

Fish That Will Not Work

Yes, they are reef safe. I have seen reports on forums where they have eating corals or disturbs other inhabitants, but I feel a lot of these issues are mostly due to not having the fish feed well or lack of space. That being said, all fish have different personalities and you could get a yellow coris wrasse who’s personality is not the norm. The best way to prevent any tank drama is having the right tank, having them well feed, and purchasing a tank bred specimen. I have not seen them bother Softies, LPS, or SPS corals.

What’s Your Experience With The Yellow Coris Wrasse

Let us know your experience with this fish in the comments below. We love hearing everyone’s personal experience and tank stories. 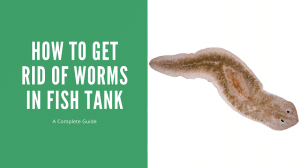 Having a beautiful fish tank that is filled with aquatic life is a common goal of most aquarists, but sometimes the types of creatures that pop up aren't so welcome. This can leave you scratching your head and wondering just how they got into your tank and how to get rid of them!
View full article → 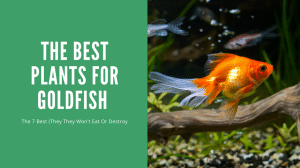 Best Plants For Goldfish - 7 That They Won't Destroy!

Are you thinking of adding a few species of aquarium plants to your goldfish tank? Adding live plants to a goldfish aquarium isn't the easiest thing to do. These fish have a tendency to eat and destroy any plant in their vicinity. Fortunately, there are a few living greens that can survive them.
View full article → 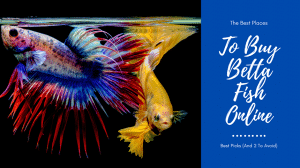 Where To Buy Betta Fish Online - The 7 Best

Looking for the best place to buy Bettas online? Shipping fish has become more common after the late 90s and selection is better than ever! I'm going to go through the best store to buy from today so you can get the most beautiful Betta available today!
View full article →

Worms In Fish Tank - Your ID Guide for The 4 Main Types Best Plants For Goldfish - 7 That They Won't Destroy! Where To Buy Betta Fish Online - The 7 Best Types of Tangs - 15 Beautiful Additions To Your Aquarium Best Algae Eaters For Freshwater Tanks - 12 Best How To Get Rid Of Detritus Worms Axolotl Food Guide - Best natural and commercial Food options How Much Is A Axolotl - Complete Breakdown of Initial, Recurring, and Yearly Costs Mandarin Goby Care - A Complete Guide Axolotl Tank Mates - 5 Suitable (and 4 Bad Ones!)