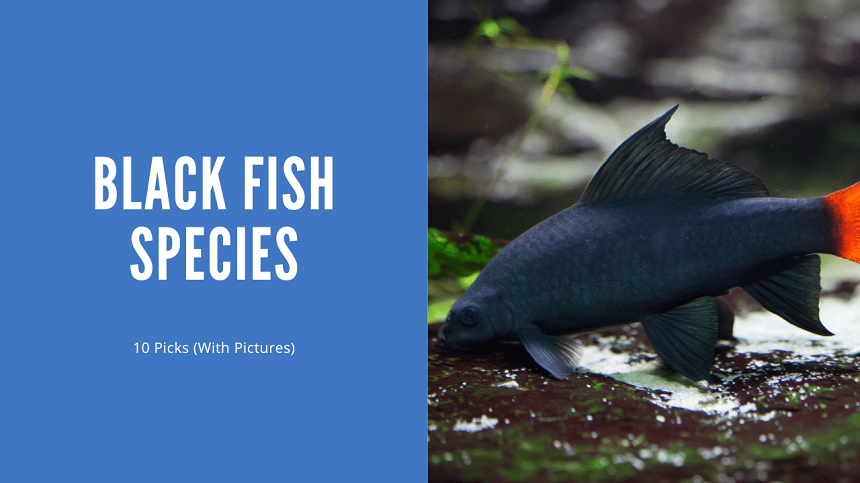 Fish keepers around the aquarium hobby love various fish species—with distinct patterns, sizes, and color variations. Some like to grace their tanks with fun, vibrant fish species while others opt for plain white fish species.

However, there is a portion of some people that admire the blackfish so much, that half of their tanks are filled with different varieties of blackfish.

This article is dedicated to those unique fish keepers that appreciate a unique tank vibe and go for black fish species. In this article, I will list the ten best black fish that float gracefully in a blue-green tank environment.

If you’re a beginner in the aquarium hobby, freshwater fish species are easy to take care of and handle. For your ease, I have listed the five best types of black freshwater aquarium fish. Betta Fish are one of the most beautiful varieties of freshwater fish available in the hobby. Easy to care for with plenty of varieties!

While choosing the best black aquarium fish, you can choose a variety of them from the betta fish family.

The wild betta fish has black color dispersed on their bodies, but it is usually overshadowed by other pop colors such as red, and orange. However, there are different types of black betta fish that are equally beautiful and elegant.

Some of the common species of black betta fish are as follows (video source):

The Melano black betta has a super dense, dark appearance that often resembles the “blue-black” color of a raven.

The black lace betta relegates to the Dark Bicolor class because they display too much iridescence in their body and fins. One of the most beautiful characteristics of Black lace betta is their clear or cellophane fins that give them the “lacy look”.

The black orchid betta or black devil or black Ice betta. They are enchanting black fish with streaks of steel blue in the fins, just like the butterfly pattern.

The super black fish is the darkest among other fish species because it is without scales on its body. It is also the most expensive blackfish because it is a rare and completely blackfish without any traces of color.

If you’re looking for a black fish that is exceptionally beautiful, you should take a look at dragon scale bettas.

They have black bodies with a bluish glow on their scales. It might strike you by surprise but the black Neon Tetra is not a family member of Neon Tetras. These freshwater fish come from soft, acidic water that prefers temperature ranges between 75 to 80°F.

They are olive-green from the dorsal surface and show silver color on their bellies. The fins of Black Neon tetras are colorless with an adipose fin present. They are a beautiful and hardy addition to your home aquariums.

Black mollies turn your aquarium into a beautiful, lively place for other fish. It’s great for freshwater or brackish or saltwater tank. However, I advise keeping Molly fish in a tank with water that has some salt in it. The amount of salt shouldn’t be very high, but some salt is required to keep them thriving and happy.

Black Molly resembles a black guppy fish, so many novice aquarists get confused between them. Black Molly fish is a live-bearer fish. That means you have to provide the adults with some baby fish for their comfort. Otherwise, the adults will be stressed and might even die.

One of the most exquisite freshwater fish are Black moors. They are a beautiful variety of black fish with a velvety black color. Their bellies are dull silver in color. The eyes of black moors protrude and pop out from their skull. Their protruding eyes are the reason Black moors have a common name of Black Dragon eyes.

Another factor that adds to the beauty of this black freshwater fish is its lifespan. They are the longest-living goldfish with a lifespan of around 20 years or over. So, if you’re looking for a long-term commitment, Black moor goldfish is just for you.

Unlike their name, the Redsharks are not true sharks but are more closely related to loaches and barbs. The Redtail sharks are native to Thailand, particularly in the river basins of Chao Phraya. However, they are now extinct in the wild.

They are stunning freshwater fish with velvety black bodies and beautiful, bright red tails. However, if you’re someone who loves a community aquarium, I recommend avoiding the Redtail Shark since they are not schooling fish and are highly aggressive, especially as adults.

But, if you’re a seasoned fish keeper and you can meet the required water conditions and other water parameters for saltwater fish, here are some of the five best saltwater fish you can keep. Black clownfish are deep-sea fish. It means you can find them all the way down to 300 meters below the surface of the water. They camouflage so well that they have zero predators.

The most common names for a Black clownfish are False Percula clownfish and melanurus clownfish. They are mainly found near the reefs and under rocks.

These fish are midnight black in color with white accents. There are many varieties available in this fish species. Otherwise, generally peaceful and non-aggressive, Black Clownfish can sometimes get territorial. They are available tank bred and offered in multiple varieties.

The black Tang or Black Longnose Tang or Longnose Surgeonfish is a jet black saltwater fish with an oval body followed by blue pectoral fins.

It’s a rare and exotic Tang variety that requires a 180-gallon tank or more with lots of free swimming places.

It’s a beautiful Tang fish with a striking black appearance. However, the price could be a deal breaker for you. But, if you’re on a budget and still want a Tang variety with a black color, I highly advise going for a Scopas Tang.

The Marine Betta or Comet is a saltwater fish that is extremely hardy and disease-resistant. It is a deep sea fish that is found in rocky crevasses and at depths of around 45 meters. The false eye spot near the tail of Marine Betta resembles the head of a Moray eel. They grow up to 8 inches in length and the bare minimum tank size for Marine Bettas is 55 gallons.

Marine Bettas are known to eat many smaller fish and shrimps. Thus, avoiding keeping them with smaller fish.

As the name suggests, this triggerfish is named after its very beautiful pink tail. The body of the Pinktail Triggerfish is a dark emerald green color with yellow hues on the face and pectoral fins.

Unlike other triggerfish, the Pintail Triggerfish is easy to keep and safe for reels and corals in your aquariums.

Benggai Cardinalfish or Pterapogon kauderni are usually raised in home aquariums. They are native to Indonesia.

Benggai Cardinalfish are one of the hardiest and easiest to keep fish as beginner saltwater aquarists. They are very docile. social and friendly that are rated reef safe.

What kind of fish is black fish?

The term “blackfish” is used to describe a variety of fishes with dark colors, such as the black ghost knifefish, Alaska blackfish, and black sea bass (see sea bass). The California minnow Orthodon microlepidotus, the European deep-sea rudderfish Centrolobus niger, and a number of Australian food fishes are all also referred to as “blackfish.”

Blackfish are very difficult to catch. However, they are the tastiest fish that comes from the sea. They usually feed on mussels, clams, and crabs, so they make delicious food for fish.

The black moor fish is a beautiful goldfish with fancy, long flowing fins. They grow around 6 to 8 inches in length and live for up to 20 years. But, if taken good care of, they may even live for up to 25 years or longer.

Black Molly fish looks like Black Guppies with streaks of yellow, running down the dorsal fins. They grow larger than guppies.

Which is the blackest fish in oceans?

According to NBC News, the blackest fish, or ultra black fish in the ocean was found in the Gulf of Mexico and the Monterey Bay in California under depths of up to 1,000 feet during the night.

There were many varieties of black fish—some were very small, but the blackest fish they found was around two inches long. It was a type of anglerfish, called a dreamer.

Is black fish good for an aquarium?

Yes, black fish are an absolute beauty when it comes to their overall aesthetics. Above that, it is believed that blackfish eliminates problems and brings positive energy into the house.

Black fish look beautiful when they are kept in a community aquarium with gold-colored fish, or bright orange-colored fish. You can also keep a group of two golden fish and one black fish to bring more attention.

If taken care of, black fish is ideal for home aquariums.

Who said black is boring? Black fish varieties can be very exciting depending on their species and appearance. Sometimes, black fish even overshadow the bright and vivid ones in the aquarium.

Following the above list, make the right choice and go for what suits you and your home environment the best. 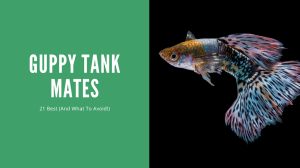 Are you looking to add more species to your guppy fish aquarium? Guppies are great in a species-only tank, but you can keep them with many other beautiful fish species too. If you would like to set up your own lively guppy community tank, this post is just for you!
View full article → 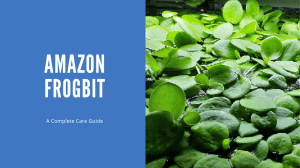 If you looked into easy-to-care-for floating plants, you may have come across Amazon Frogbit. While this plant is easy to care for, it is also fast-growing and can take over your aquarium. In this guide, I'll go over everything you need to know so you can be successful (or keep it at bay, so it doesn't take over). Let's get started!
View full article → 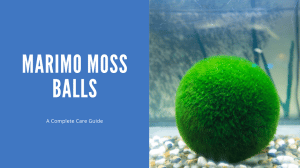 Moss balls, also known as aquatic moss, are a unique addition to any fish tank. Not only do they add color and interest, but they also provide an important function in the tank by filtering the water. If you're thinking of adding a moss ball to your aquarium or wanting a moss ball aquarium we have you covered. We will go over care tips and environment. Read on for everything you need to know!
View full article →